Gedoni revealed that he loved Khafi due to her ‘positive vibe.’

The evicted BBNaija housemate made the disclosure during the Sunday live eviction show.

Responding to a question from the host of the show, Ebuka Obi-Uchendu on what he liked about Khafi, Gedoni said: “Khafi has a positive vibe and she is sweet.”

We recall that the BBNaija love-birds, Gedoni and Khafi, had on different occasions been caught in the house having passionate sex under the dulvet while other housemates were fast asleep. 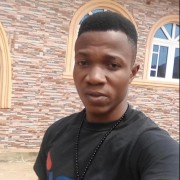 FBI FRAUDSTERS LIST!! Is It Right To Say IGBO’s Are The Greedy Ones Destroying Nigeria’s Reputation Overseas?

BBNaija: Jackye reveals who should win reality show this year

WhatsApp in talks to launch payments on phone